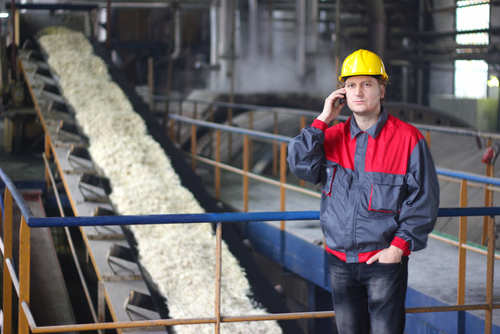 Environmental changes, the human appetite for protein, bottle-feeding in infants, climate change and corporate bottom lines are all factors that trigger and continue to drive global obesity, according to a new research conducted at the University of Sydney‘s Charles Perkins Center, and recently published in the British Journal of Nutrition. The research team was able to uncover a series of underlying causes for the epidemic spread of obesity worldwide.

The study was conducted by the Protein Leverage Hypothesis program and led by the Charles Perkins Center investigators, who are currently engaged in a major study on nutrition that aims to better understand the human appetite for proteins and its role as a driving force behind modern eating habits. The researchers believe there is a connection between people who have been exposed to or have consumed high levels of atmospheric carbon dioxide, ultra-processed foods, and high-protein diets in early life, including baby formula, to contributing to the spread of expanding waistlines worldwide.

“We have developed a new approach to the obesity issue, which involves the use of geometry to understand nutrition,” said lead researcher, Professor David Raubenheimer, the Leonard P. Ullmann Chair in Nutritional Ecology at the Charles Perkins Center, and a Professor in the Faculty of Veterinary Science and School of Biological Sciences. “The new geometric approach has produced intriguing leads on what might be contributing to the obesity epidemic.”

“We’ve found that the Protein Leverage Hypothesis can help to bring together separate factors that have been linked to obesity, such as formula feeding and shift work, and make new predictions about what is causing obesity now and what could exacerbate it in future,” he added.

The researchers emphasized that the diet adopted by pregnant women and by mothers for their children influence a later risk of obesity.”We believe our diet early in life and in utero has a profound impact on the amount of protein we need throughout our lives, which in turn influences our energy intake,” said Raubenheimer.

“In short, anything that influences how much protein we need can increase our risk of becoming obese,” the researcher added. “Increased protein intake could lead us to process protein less effectively throughout our lives, which means we’ll need more protein. To get the amount of protein we need, we’ll be forced to eat more, and by eating more we are more likely to become obese. We now plan to test whether the mechanism for this is through reducing protein efficiency, which causes increased protein need and in turn increased food intake.”

The researchers also believe that while food intake strongly influences obesity, climate also plays an important role, attributing the 40 percent rise in atmospheric carbon dioxide since 1750, which influences the diet, and risk of obesity. Firstly, it greatly affects the growth of plants and their nutritional value. Crop yields lose their ratio of protein to carbohydrates. “The result of this decline in plants’ protein content is that we need to eat more of them to satisfy our nutritional needs. Since more than 80 per cent of the calories we consume come from plants, changes in plant composition will have a major impact on the human diet,” explained Raubenheimer.

“The global rise of ultra-processed products, largely driven by powerful transnational corporations, began in the 1980s and so correlates well with the doubling of international obesity rates,” said the professor about another factor, the explosion observed all over the world of ultra-processed food. Products that tendentiously have lower levels of protein, and higher levels of density, carbohydrates and fat, and that “because of the comparatively low price of ultra-processed foods, we tend to see lower income groups buying foods with lower protein density. This explains the paradox of low socioeconomic groups eating more energy,” he says.

In addition, the research team investigated the influence of the feeding habits to companion animals, and found they also contribute to obesity. In fact, 35 per cent of dogs, 25 per cent of cats, and 45 per cent of horses are now estimated to be obese. “This research represents a new platform for understanding the obesity epidemic,” explained Raubenheimer.

“The approach is applicable to humans, but can also help us understand why other animals that share our recently altered environment are getting obese and suffering similar diseases such as diabetes. It is clear that obesity is more than just a medical problem, so we’re using an ecological approach to understand how human biology – in particular the details of the human appetite – interacts with modern food environments to drive health problems,” he added.

The factors behind the rise in obesity are the same ones raising the numbers among obese animals, as the high cost of protein and rising atmospheric carbon dioxide, also appear to influence companion animal nutrition, as noted by the study. Obese dogs are associated to owners with lower incomes, as result of cheaper and lower quality food, with lower proportions of protein. In addition, plant composition, as a consequence from atmospheric carbon dioxide have higher probability to impact horses.